In 2016, a group of river restoration professionals gathered to discuss the state of rivers across the West. After spending many years on rivers, they were keenly aware of the challenges that rivers faced, including drought, wildfire, loss of wildlife habitat and altered weather patterns.

What could they do to help watersheds thrive?

First and foremost, they understood that river health must be approached at the watershed level. It wasn’t just aquatic habitat, water quality and bank stability. It wasn’t just flows and conserving land along rivers and streams. From the forested headwaters to the nourishing floodplains, a river ecosystem needs the entirety of the watershed be considered when determining how best to ensure healthy rivers.

Second, they aspired to work in a manner that welcomed all—that acknowledged and amplified the voices of people and communities that lived along rivers, whether those rivers were pristine and crystal clear, or polluted and uninviting.

As founder and current board chair Tim Carlson eloquently stated, “If you want a healthy river system, you must invest in it, return to monitor your success for quite a long time and adapt if necessary.” For this group of professionals, river conservation was a passion and a labor of love, not to be abandoned anytime soon.

And to do that, expertise and money, and lots of it, was required.

That’s when the idea for Forever Our Rivers Foundation was formed. The goal was a foundation that leveraged money from multiple sources—to help address the funding gap for conservation—which is in the billions. The money raised would then be granted to high-performing local nonprofits that were doing excellent, impactful work on the ground and in the water. After a few years of careful strategic planning, the Foundation’s first Community Grants were successfully awarded.  Land along streams and rivers was conserved,  native trees and grasses were planted.  Kids were gifted the opportunity to spend  time in nature, being mentored and learning about macroinvertebrates.  Wetlands were being restored.

The Walton Family Foundation, who has spent tens of millions of dollars over fourteen years to support the Colorado River basin, noticed Forever Our Rivers and in 2020 generously granted over $1.5 million dollars to create a second grant program, the Southwest Rivers Stewardship Fund. This initial investment, along with bountiful donations from many individuals and businesses, supports restoration in four ecologically significant tributaries to the Colorado River—the Dolores River in Colorado, the Escalante River in Utah, and the Gila and Verde Rivers in New Mexico and Arizona. 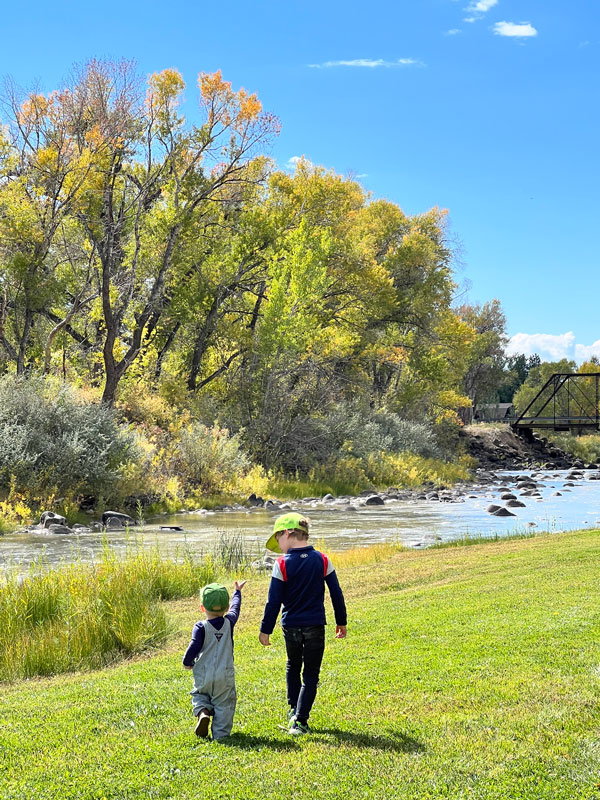 Based in Colorado, Forever Our Rivers leverages funds from amazing businesses and generous individuals to fund partners in ecologically and culturally significant rivers throughout the West.

Through strategic grantmaking, we channel funds to conserve rivers, streams, groundwater and wetlands. Our intention is to conserve and restore the ecological health and function of watersheds for human uses and biodiversity. We also empower communities to care for their own rivers and develop the next generation of conservationists through outdoor recreation and education. The future is in their hands after all.

To date, we’ve had a conservation impact of $2 million and have restored over 5,000 acres of land along streams and rivers. Yet there is still so much to do…so many more projects waiting for funding. Growing our grant programs is needed to ensure our rivers continue to flow. So join us if you can and make a difference!

In 2018, Forever Our Rivers began a corporate giving program with a cause-marketing approach to connect businesses with environmentally-conscientious consumers and river conservation. Our trademarked logo is a way for businesses to show their commitment to the rivers and provide consumers a way to feel good about their purchases. When consumers support our business partners, they are also supporting Forever Our Rivers.

For rivers to be healthy today and into the future, everyone—regardless of their gender, race, culture, socio-economic status, physical ability or background—must have equal access and opportunity to enjoy and learn about them. We need every person to feel welcomed, connected, and well-equipped to participate in making decisions and taking action to protect their rivers.