In this episode, we sit down with Collin Ewing, manager of the McInnis Canyons, and Dominguez-Escalante National Conservation Areas for the Bureau of Land Management.  These public lands are stunning, featuring dramatic desert landscapes with towering red rock canyons and two beautiful sections of the river, the Ruby Horsethief section of the Colorado, and the lower Gunnison River near Grand Junction, Colorado.

As COVID-19 encourages people to get outside, the Bureau is working to manage the increased pressure on the landscape. We talk to Collin about how to recreate responsibly to preserve the wilderness experience for visitors and protect habitat as the crowds swell.

In 2016, the Bureau launched a permit system on Ruby-Horsethief. It helped preserve the area’s wilderness feel, protect the landscape from overuse, and raise funds to keep restrooms clean, build infrastructure like boat ramps, and restore habitat. The Bureau is currently working on a similar system for the Lower Gunnison River. Collin would love to hear your comments and suggestions.

We also hit the highlights of a few Leave No Trace practices, like reading about the rules and regulations for your destination before you go. The Colorado Canyons Association has some handy resources for McInnis Canyon specifically. Check out their “Know Before You Go” video for the Ruby-Horsethief section of the Colorado River. And don’t forget to,

Collin is also heading down the Grand Canyon this summer and walks us through his plan to mitigate Covid risks. These conversations will help you recreate responsibly on any public lands trip you’re planning this summer.

Email topics, comments, and suggestions to clark@foreverourrivers.org. Or leave us a river question at ‪(724) 343-1769 to have your question air in an episode. 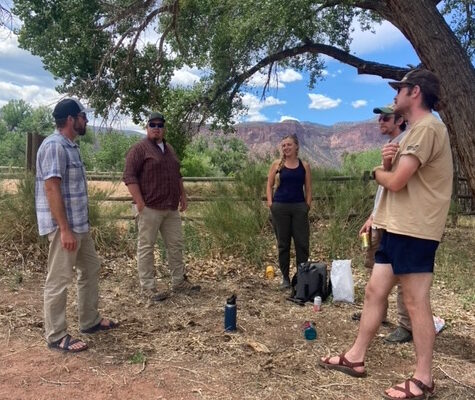 4Rivers in the Field, The Dolores River

Fieldwork season is here and our 2021 4Rivers Grantees aren’t wasting any time putting their awards to work on the ground. Joe stopped by the Dolores River in early June to talk to RiversEdge West and the Southwest Conservation Corps about what they hope to accomplish this year. Together, the two organizations co-coordinate the Dolores River Restoration Partnership, which has invested over ten million dollars in restoration work on 1,882 riverside acres since 2009. The 4Rivers grant will help them monitor restoration sites and keep them in good health by treating resprouting weeds like tamarisk and knapweed, restoring native plants like cottonwoods and willows, and training young natural resource managers. It’s hard to find funding to keep past project sites healthy. Forever Our Rivers is dedicated to filling those gaps. 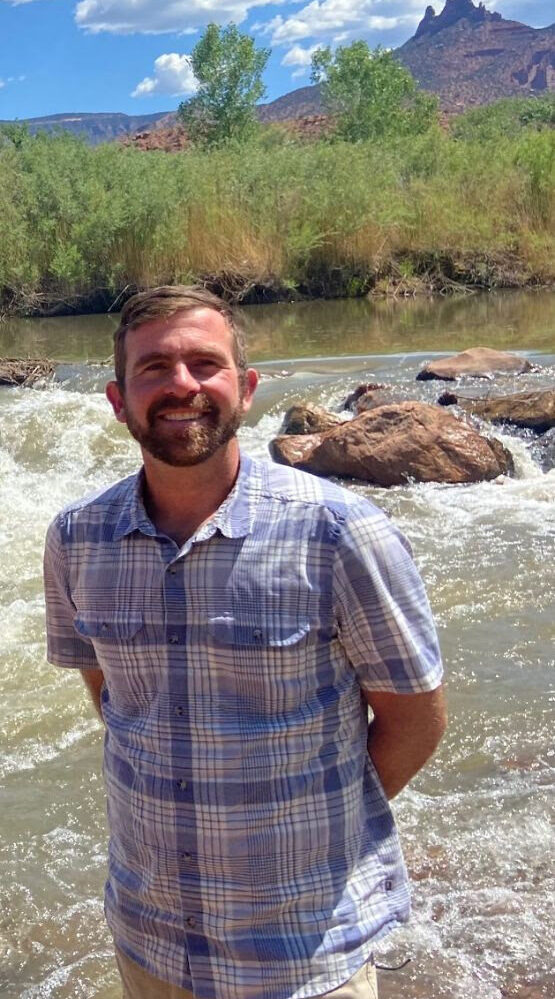 After propelling Forever Our Rivers through two years of growth, Joe Neuhof, our Executive Director, is charting a new course. The Board and staff are incredibly grateful for Joe’s leadership. During his tenure, he established the 4Rivers Fund and awarded it’s first round of grants, facilitated a Community Grants cycle distributing funds to 10 river partners in the Southwest, and expanded our business and nonprofit network to nearly 50 partners who care about protecting the legacy of our rivers. You will find Joe advocating for public lands as the director of the Friends of Cedar Mesa, a cause that has long been a passion of his. Thank you for all of your hard work, Joe, and best wishes!

We’re pleased to announce that Stacy Beaugh will step in as interim Executive Director to help Forever Our Rivers manage this transition. As a founding Forever Our Rivers board member and current staff associate, Stacy has shepherded Forever Our Rivers since its inception in 2016. Stacy has dedicated her career to preserving and restoring rivers and the natural world. She is the co-owner of the consulting firm Strategic By Nature, where she specializes in strategic planning, process facilitation, leadership training, and fundraising. She looks forward to working with all of you to grow the Forever Our Rivers impact and network. Contact Stacy with questions or opportunities. 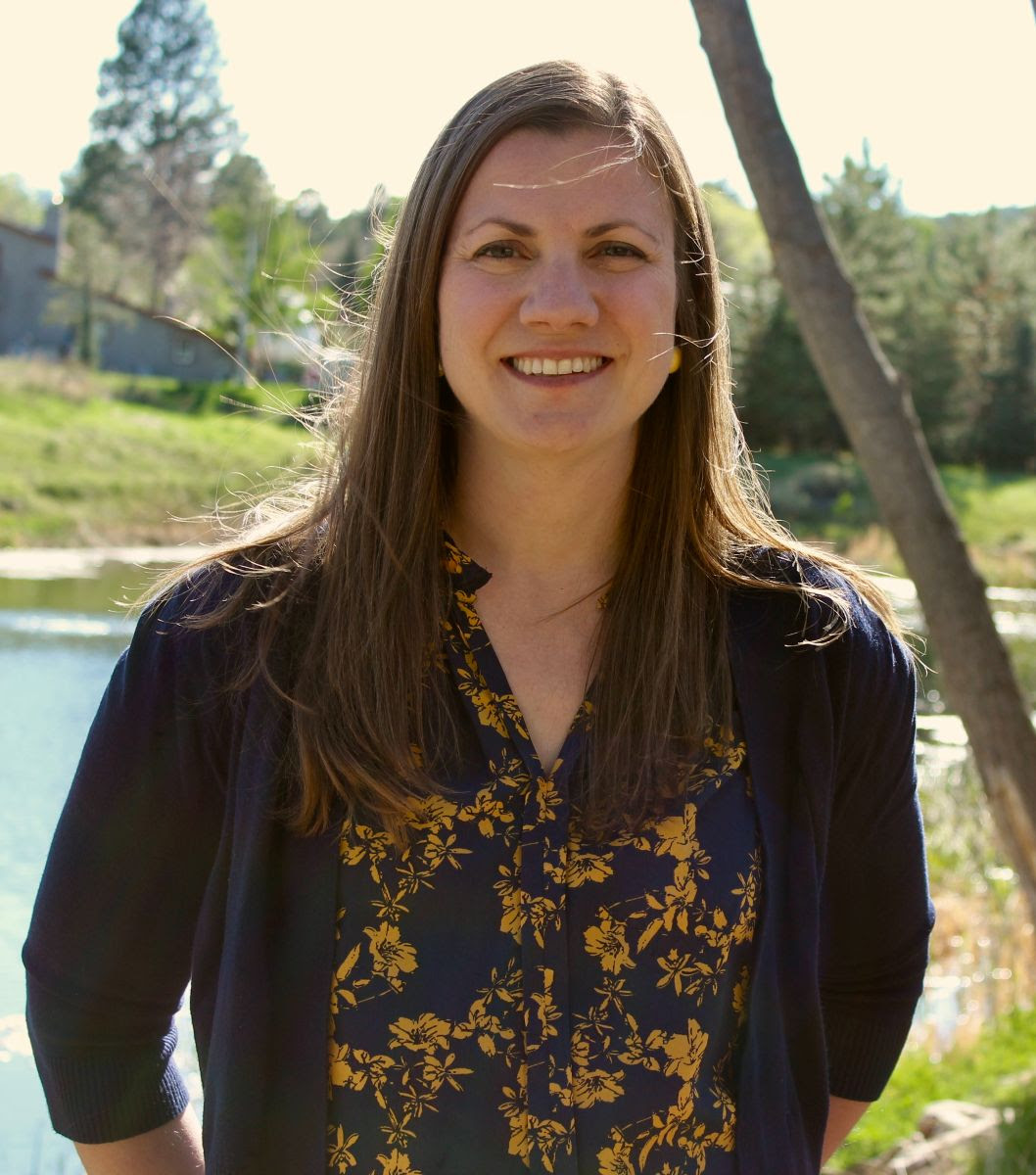 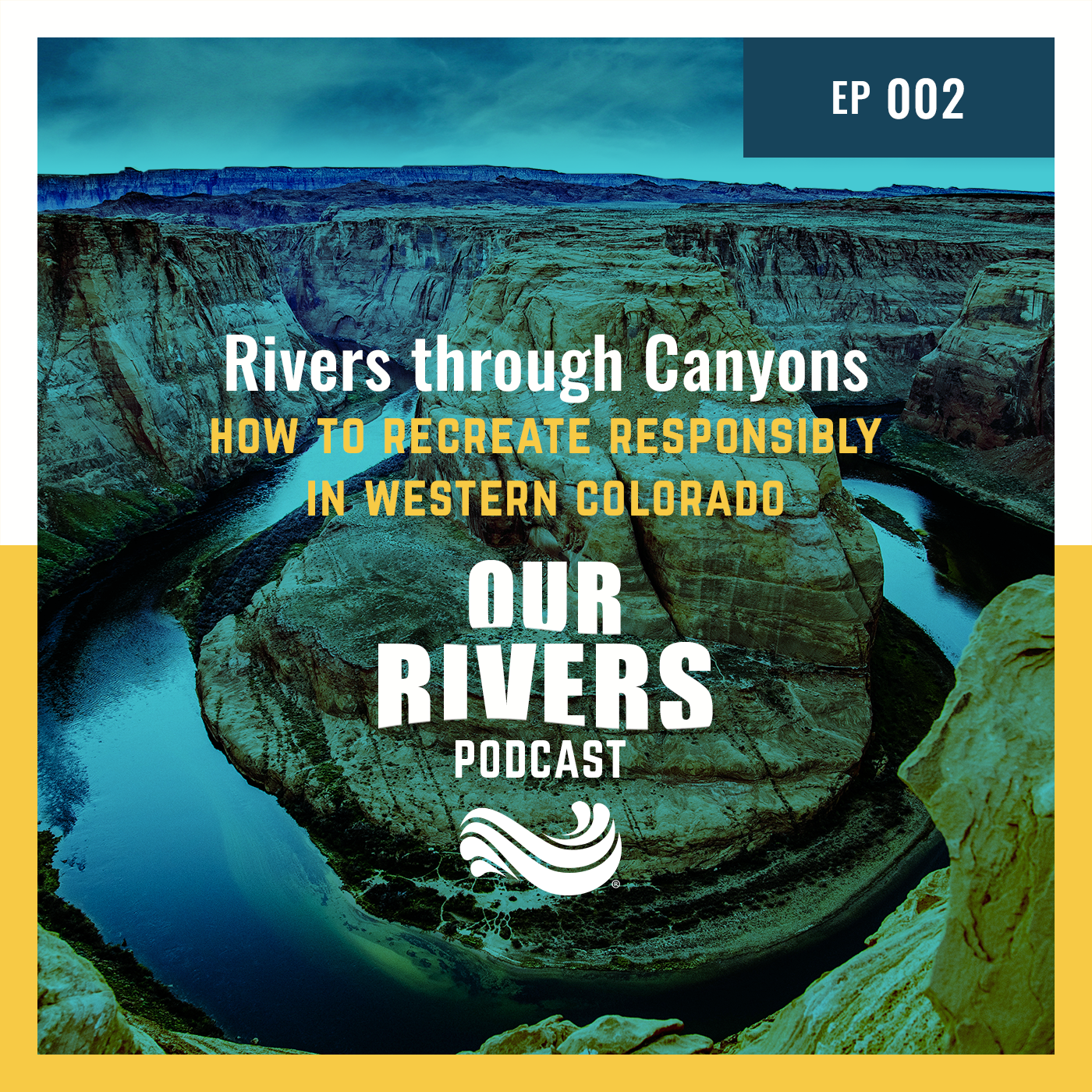 If you haven’t listened to the first two episodes of the Our Rivers Podcast download them for your next road trip or spring cleaning spree! We talk to our partners at Casting for Recovery and Brown Folks Fishing about the Angling for All Pledge and the Bureau of Land Management’s Collin Ewing about recreating responsibly in McInnis Canyon and Dominguez-Escalante National Conservation Areas this summer.

We’re planning upcoming episodes now and would love to hear your feedback. Let us know what you want to hear in upcoming episodes. Is there a Southwestern river you want to learn more about? A river issue you’ve always wanted to learn more about? A river runner you’ve always wanted to have a conversation with? Email us to let us know.

Cinnamon teals, ospreys, birdwatchers, and hunters are all set to benefit from an inventive habitat improvement project in Grand Junction, CO. The Grand Valley Audubon Society is teaming up with Ducks Unlimited to convert a gravel pit pond to a shallow-water emergent wetland. These wetlands, where grasses and forbs “emerge” above the water surface, are important habitat for migrating shorebirds and waterfowl.

Migrating is hard work. Birds need stopover habitat to rest and food to refuel. Wetlands provide both but are in short supply in the Grand Valley — a massive Colorado River lowland that encompasses Palisade, Grand Junction, and Fruita, Colorado.

That’s a big deal, since the Grand Valley is on the western edge of the Central Flyway. This flyway is a major migration corridor that ushers birds from from South America to Canada in the spring and back again come winter. It’s important to preserve and improve habitat along the route to protect what’s left of North America’s bird populations.

Historically, the Colorado River provided plenty of habitat to support migrating birds like the American avocet and long-billed dowitcher. But droughts, diversions, and flow management shifts slowly reduced these habitats. The Audubon project offsets these losses while providing bird watching opportunities in the heart of Grand Junction. The property is open to the public, adjacent to a popular state park, and features a well-used walking and biking path.

Recreating emergent wetlands in the Grand Valley will create a healthier, more biodiverse landscape. When mixed among riparian forests, these wetlands create a patchwork of habitat types that fulfill wildlife’s food and shelter needs.

The location of this wetland project is especially beneficial. In 2000, the National Audubon Society declared the project site an “Important Bird Area” in the Grand Valley. According to the Society, it earned this distinction because:

“…nearly 300 bird species have used the lowland riparian vegetation in the Grand Valley over the last 15 years, including nearly 70 breeding species and over 70 wintering species.”

The Colorado Natural Heritage Program’s 2002 survey also identified the site as a conservation priority. Of the 21 priority habitat areas surveyed, it ranked third. These rankings are based on factors like biodiversity and wetland types.

The Society reached out to Ducks Unlimited to help plan and engineer the project. The resulting plan involves filling a portion of the property’s gravel pit ponds to make them shallower. The next step will be to install infrastructure that controls water levels to coincide with bird migrations.

The Society will fill the shallow pools when the birds fly north in the spring, then let them dry. The grasses and forbs that grow and set seed in the summer months will be an important food source in the fall.

Forever Our Rivers Foundation partially funded this collaborative project. It meets the foundation’s goals of creating and protecting critical habitat types and connecting the Grand Valley community to one of its rivers, the mighty Colorado.

Building and maintaining this system will take more work, dedication, and funding. The Grand Valley Audubon Society is wisely leveraging their resources to make it happen.

“Our wetland improvement project is an ambitious undertaking for our small Audubon chapter, but one that strains our resources,” says Meredith Walker, previous Executive Coordinator for the Society and current volunteer. “We leveraged the funding and support we received from the Forever Our Rivers Foundation towards competitive applications for major grants that will help make this project a success.”

The project is also supported by Colorado Parks and Wildlife’s Wetlands for Wildlife Program.